I was born in an abandoned barn outside of London, Ontario. A great group of people rescued me and thirty-nine of my friends and family! They put me up for adoption, and in walks Lauren. “Well…” I said to myself… “She’s the one!” So as soon as they opened my cage, I jumped on her shoulder and snuggled right in.  Lauren had to take me home… she just had to. I rubbed my head against hers and purred as loud as I could.  I put on my best behavior.

She Sealed the Deal

Well before you know it, Lauren signed the papers, and they sealed the deal.  I was a bit worried I chose the wrong human when she stuffed me in a tiny cat carrier. The ride was so long. I didn’t want to be locked up, I wanted to be on my new human’s lap.  But twenty minutes later, she carried me into her home.

To my pleasant surprise, she had another cat!  I was so excited, a new BKF (Best Kitty Friend)! Lightning was her name. But oh my, I didn’t know we cats could grow so old. She was seventeen!

I Was Only Ten Weeks Old

I was a kid of ten weeks old back then. I’ve spent the last two years having a blast, doing things we kitties love doing.  I enjoy a good tussle with Lightning. The Old Girl (that’s what Lauren calls her), has a nasty habit of pinning me down and washing my ears! Does she think me still some kid who can’t bathe herself yet?  Well, I supposed that’s what old folks of all kinds do. Mother the young folk.

I’m Going to be Famous

Well, that’s a wrap as a new kid on the block and my debut as a blog contributor. I’ll have my human edit this and get it out to print. I’ll have to make sure she leaves my unique voice intact. Wouldn’t do to sound like some old fuddy duddy.  I’m going to be famous!  Check in with you later! 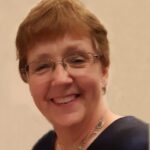 Lauren writes Christian fiction and inspirational poetry. Her current work in progress won the In The Beginning – first three chapters contest and In The Beginning Grand Prize awards through The Word Guild –thewordguild.com.  Her poems have been published by the International Library of Poetry and she has won an Editor’s Choice Award for poetry.  […]

Rough Day I had a rough day today. Lauren went to work, and no matter how much prancing around I did, she still left. She keeps telling me someone has to bring home the bacon. Sad part is, Lightning loves bacon, not me. The geriatric cat slept all day. I tried to get her to […]